Skip to content
Never Surrender by The Squinters is the only, and therefore best, GWS Giants fan cast. 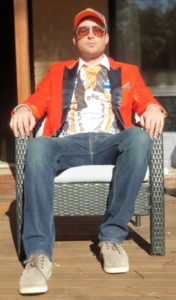 Needles, the Renaissance Man joined the Squinters late but started Never Surrender by The Squinters early so he could talk to his mates in and around footy instead of messaging them because remember the nineties and the early noughties when talking shit face-to-face was a thing? NeedlesJustNeedles does. Join in. Sparrow was onboard the Giants train early. In fact he was there at the Beanstalk for the first game against Essendon in 2012 - the stench of peptides thick in the air - as the Giants narrowly lost by 10 goals.

Sparrow spent the next 7 years annoyed he'd never played the game, living vicariously through Mumford and Jeremy Finlayson, whom he feels he is a somewhat of a hybrid of, were the two to ever make a baby. When Needles invited Sparrow to The Squinters community in 2019, Sparrow swooped, notching up impressive stats in his debut season (most games, most kilometres, most scotch). The feeling of September 28 2019, left Sparrow with a lingering taste of unfinished business, and a story of redemption was sown.

Always seeking the narrative, Sparrow is most intrigued by the grey matter between the players' ears, and will Never Surrender in 2021. 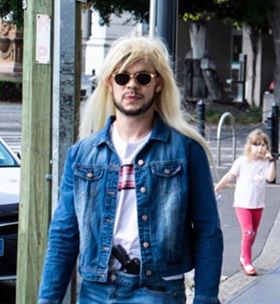 Having recently relocated to Copenhagen, Denmark to get a feel for what it’s like to play at Blundstone Arena, Lawso is now 8-10 hours behind most of the squinters.

To avoid being an extra 20 seconds back (as he was for the 2019 finals series), as well as a grey area of the law, he has now upgraded from his VPN service to the official overseas viewing platform.

Combining the on-field discipline of Shane Mumford with the benchpress of a young Lachie Whitfield and the tan of Tom Green, Lawso will Never Surrender in 2021. 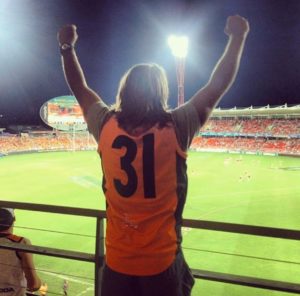 Foundation Member Ro Mac currently lives on the Far North Coast of NSW. He was The Squinters exclusive Live Correspondent when Jezza won the Coleman against the Suns, and Stormy kicked a checky to bury the Lions in the 2019 Semi Final. 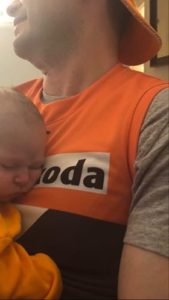 Dross, dribble or diatribe. This squinter contributor has the triple threat in his armoury.

Hasn’t surrendered since living in Balmain and had to squint for 5 minutes getting to work. Kevin Sheedy once said anything over the ANZAC bridge is GWS country. Bled orange since.

Father to one Squintlet. Mentor to many. An AFL convert hailing from rugby league's NSW heartland, Growler has been Squinting since 2010 and Never Surrender-ing since 2019.

On field, Growler demonstrated the foot skills of Mumford, a Heater-esque running gate and a general game-awareness akin to Matt Buntine. He’s a staunch supporter of Leon Cameron's future career prospects outside of the AFL, but he believes the future is bright on and off the field at GWS...
...starting with GF redemption in 2021!